Proband or Propositus is an individual from which a pedigree is initiated.

Female are represented in circles.

Male are represented in squares.

Individuals carrying the character to be studied are shaded.  or

It helps us to find out whether the gene is dominant or recessive and autosomal or sex-linked. And the chances of expressing itself in the coming generations.

In the case of autosomal genes:

In the case of sex-linked genes:

In the case of dominant genes:

In the case of recessive genes:

In the case of Holandric ( Y-linked) genes:

In the case of Cytoplasmic genes:

It is an autosomal dominant character. 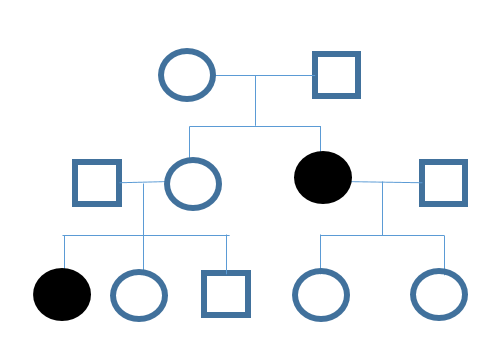 It is an autosomal recessive character.

It is a holandric gene. 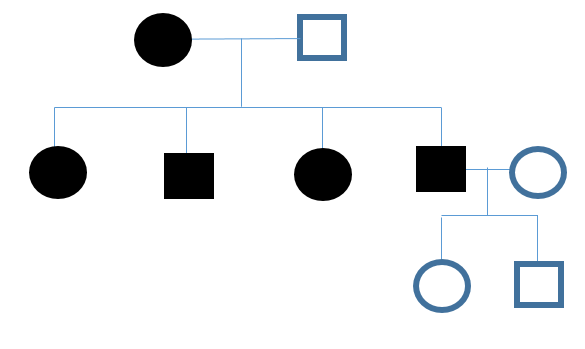 It is a cytoplasmic gene.

Linkage and Crossing over

Very helpful for me pedigree analysis

I have not got the mail…

Give me your email id

Good and easy to understand